If Your Loved Ones are Chewing Tobacco or Vaping (Smokeless Tobacco), They May Be in Grave Danger

We all know smoking is bad for health, what about other alternatives like chewing tobacco and vaping (smokeless tobacco)? For instance, all people, even your loved ones can be at risk of oral cancer if they’re chewing or vaping.

The Oral Cancer Foundation says that one person in the US dies every hour from oral cancer. Therefore, catching oral cancer early on is a must to prevent progression of the disease.

In the last several years, smoking has come under the public eye as a common and detrimental habit to one’s health. Many believe that smokeless tobacco, or chewing tobacco, is a safe alternative to smoking. Smokeless tobacco is still highly correlated with oral cancer, even though it doesn’t lead to lung cancer like smoking.

Chewing tobacco (also named chew, snuff, dip, or spit tobacco) is incredibly harmful to a person’s oral and overall health. This habit is costly, and you should re-evaluate it immediately.

April is Oral Cancer Awareness month. At Nebraska Family Dentistry, we believe overall health is important for our community. This is why we wanted to spotlight the dangers of tobacco in all forms.

The Story of Bill Tuttle

Late Minnesota Twins centerfielder Bill Tuttle, was notorious for chewing tobacco throughout his career. Nearly every one of Tuttle’s baseball cards depicts him with a lump of tobacco in his cheek. As a result, Tuttle was diagnosed with oral cancer at age 64.

After being diagnosed, Tuttle underwent several surgeries which sought to remove cancer. When being deconstructed and reconstructed multiple times, Tuttle’s face became severely disfigured, even losing the ability to talk as a result. In the final years of his life, Tuttle dedicated himself to raising awareness about the dangers of oral cancer and its link to chewing tobacco.

Smokeless Tobacco as a Corporate Success

The Effects of Chewing Tobacco

In our offices, we see people who chew tobacco quite often. In other words, It doesn’t only cause oral cancer either – it also causes gingivitis, receding gums, tooth decay, worn-down teeth, and a handful of other oral issues. It slowly deteriorates the health of a person’s mouth.

Chewing tobacco is also highly addictive, containing much more nicotine than cigarettes or smokeless tobacco. Therefore, It isn’t hard for new users to find their way into addiction. If your loved ones are just starting out on chewing tobacco, know that it’s never too early to intervene.

Is there tobacco involved in vaping (Smokeless Tobacco)?

E-Cigarettes do not have tobacco, However, the FDA considers them a tobacco product still.

Do Smokeless TobaccoE-Cigarettes have nicotine?

Not exactly. For instance, since regular cigarettes have different chemical compounds that make that product, E-cigarettes too contain a lot of other chemicals that people should not inhale. Many of these chemicals are toxic to our respiratory systems and our overall health. Since they are unregulated by the FDA, companies can also put anything they want in E-Cigarettes (smokeless tobacco) and vapor to make them cheaper. They also have a severely negative impact on oral health, in many of the same ways chewing tobacco is harmful.

Concerned About a Loved One Who Smokes, Chews or Vapes?

If you know someone who is smoking, chewing or vaping (smokeless tobacco), it may be time to have a conversation with them about their habit. However, We understand this can be difficult. Therefore, We prepared a short list of tips for going about this.

How Nebraska Family Dentistry Can Help

We value our community and want you to know that your health matters. If you’re having trouble kicking an addiction or being honest with a loved one, give us a call at one of our locations. Above all, our dentists are happy to help talk you through the process. Therefore, We offer oral cancer screenings at all of our locations on May 12th. If you are concerned, set up your appointment with us today.

Choose any location convenient for you.

No Insurance? No Problem.

Get your membership Today! 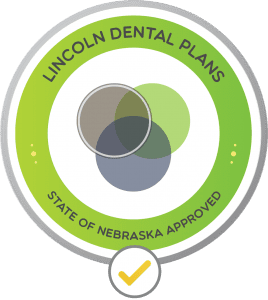